Obama’s tour to Old Havana is in the interest of many American travelers.  Dealings between Cuba and the United States are getting better. It is more plausible now to visit the island as an American citizen. Obama’s walkabout through Old Havana can be for sure a stimulating guide for first-timers to Cuba and other tourists.

Many international big-names had been lately in Havana, from Jimmy Carter and Pope Francisco to Vin Diesel and The Rolling Stones. But, Barack Obama’s visit to Cuba is one of remarkable importance. Obama’s trip to Cuba clearly intended to end the half-century Cold War (sometimes red-hot) between Cuba and the United States.  He is also the first sitting American president to visit Cuba in almost 90 years or more… and Obama is probably the first world leader ever to learn to play domino on a Havana table.

So, even though his visit was constantly televised, some questions were still hanging around regarding his every move. What was the exact Obama’s itinerary in Cuba? What places did he visit? And did the President finally ate ropa vieja as he suggested earlier on a Cuban TV show? The head chef at the San Cristóbal paladar (private restaurant) revealed to a local station that Obama had a sirloin steak (solomillo) with vegetables, while the rest of the family chose fish and pork… and some wine for the First Lady.

The Obamas arrived on March 20 at the International Airport José Martí, Terminal One. It was a Sunday afternoon, and the family stepped off the Air Force One under a springlike rain. After a very cold welcoming, the presidential caravan met the American diplomats recently appointed to the reopened US Embassy. They were all waiting at the Meliá-Cohiba Hotel by the Malecón shore, near the diplomatic dwelling briefly visited by the President.

It was still raining, and the gathering with the fellow countrymen and their families was nice. Still, nothing would stop Obama’s tour to Old Havana. They had everything arranged in detail from many weeks before. The fascinating colonial city, a UNESCO World Heritage Site since 1982, was waiting for the White House family.

The Obama’s caravan lastly abandoned Meliá-Cohiba Hotel to the East over Malecón Avenue all the way down the rocky coastline. A couple of miles later, they turned right along a tight curve in front of Castillo del Morro, located across the Bay embouchure. Then, the long convoy drove across Avenida del Puerto by a long waterfront to the South.

The caravan bordered the Castillo de la Real Fuerza over Baratillo Street to stop a few meters ahead. An official committee was long waiting for them under black umbrellas. In fact, the rain was prodigal at the moment.

The Castillo de la Real Fuerza (1577) is a classic among the Spanish military fortifications in the Americas, medieval moat, and drawbridge. Nevertheless, during the British besiege and capture of Havana in 1762, both Real Fuerza and Morro fortresses became easy targets.  Briton’s cannon batteries were successfully located above the eastern heights by the Bay channel.

That is why the Spaniards, after exchanging Havana for Florida a couple of years later, raised Fortaleza de la Cabaña just on top of such heights. It was the greatest fortress ever built in the Spanish empire. A visit to this transmarine castle would be exciting, of course, and a good way to add something of your own to Obama’s tour to Old Havana.

(TIP: Planning to spend a weekend in Havana? Check out the top 22 things to do)

However, just crossing the cobblestone pavement, there was a massive, kind of anachronic Greco-Roman squared building, El Templete (1828). Obama learned the building was erected in memory of the City´s First Mass and Town Council, which took place right there in 1519. He also was told about the Ceiba tree planted in the patio and the Yoruba tradition related to kissing and hugging the tree for good luck, a legendary Cuban tradition among Havanans. But the President did not do so… not under such weather. Instead, the guests briefly enjoyed the warm ambiance inside the museum, decorated with a bust of Christopher Columbus and some neoclassic canvases.

Outside, the visitors head toward Plaza de Armas still under the umbrellas, by far the principal of five squares in the historic town. And the President apparently had learned something about it. As seen in many videos on the Obamas’ tour to Old Havana, he joyfully played the local guide to his daughters, Sasha and Malia. Eusebio Leal Spengler, the Havana historian, and official guide could not believe it… his job was slipping away.

But the main host would finally take up and talked about the most important building in Cuba until the early twentieth century. They were just in front of the classic baroque Palacio de Los Capitanes Generales, today Museum of the City, nothing best to continue the journey, especially if welcomed by a majestic picture of Abraham Lincoln, placed for the occasion by the wooden entrance door.

This palace was the permanent residence to 64 Captain Generals (Spanish colonial governors) between its openings in 1792 unto 1898. As a result of the Spanish-American War, the building became general headquarters to the US Military Administration up to 1902, when Cuba finally won its political independence.  The edifice was also the initial Cuban Presidential Palace, where the first three democratic-elected Presidents took charge and lived up to 1920.

The Palacio de los Capitanes Generales is a realm in itself. It contains more than 20 exhibition rooms, a notorious picture gallery, and even a parish church. The sightseer would need a couple of days to look up the entire museum calmly. But the Obama’s tour to Old Havana was only beginning. The President did not have time enough to walk it thoroughly.

The Long Walk to the Cathedral

Then, the visitors moved, looking for some other Old Havana’s plazas, stepping over puddles all the way long. San Francisco and Plaza Vieja, both broader and more comfortable than Plaza de Armas, sadly showed their cafes empty. Also, the retailer’s stores were closed because of security reasons. The rain was fading when Obama’s delegation arrived at the Plaza de la Catedral. The President was welcomed at the Havana Cathedral by Jaime Ortega, the Cuban Catholic Cardinal. There was a previous greeting to a group of tourists and residents, cheering over a closed street adjacent to the square.

The Cathedral of The Virgin Mary of the Immaculate Conception (1777) is a stunning Latin-American baroque construction jam-packed with Tuscan elements. Headquarters to the Roman Catholic Archdiocese of San Cristobal de la Habana, this place kept the remains of Christopher Columbus until 1796, when they were moved to Hispaniola.

Among its many attributes, the Havana Cathedral is mostly raised on a coral reef. To a good observer, some marine fossils are noticeable in the columns right by the main door. Obama was not alerted on this, so he walked up the stairs directly to his distinguished guests. Once inside the Cathedral, the visitors admired the artwork crowding the place. Frescoes and paintings by Rubens, Perovani, and Murillo can be found there, along with beautiful copies from classic European pieces. A remarkable statue of Saint Christopher with a boy in arms attracts thousands of tourists and pilgrims every year.

But the Obama’s tour to Old Havana was not completed at this point. After such a tiring, rainy journey, the whole family was demanding some Cuban dinner. A few knew why they selected the San Cristóbal paladar, placed about a mile from the Cathedral, outside the limits of the Old Havana town. There were so many others much closer, even near-at-hand.

Anyway, they went back to the cars and headed to 469 San Rafael Street amid Lealtad and Campanario, in Centro Habana. Many neighbors were already waiting for the presidential family. Luckily, the rain was de-escalating, and the President gently waved and smiled to the people massed around.

The San Cristóbal paladar is located on the ground floor of 1940, carefully-preserved casona (big old family house).  Inside, the environment is very colorful and brisk. Adornments of different types fill in the flamboyant style. Its friendly crew got acquainted with Obama’s visit only minutes before, just when his personal security arrived for tasting the food, something they did very fervently.

(TIP: Since you won’t probably have personal security to taste your food in Cuba, you better check out our guide to stay healthy on your Cuba vacation)

Lastly, the presidential family and the rest of the delegation took seats and relaxed. They were there for a couple of hours, and the very own Obama paid for the check-in cash, including a generous tip. Obama’s tour to Old Havana ended up among the exquisite aroma of Cuban cuisine. It is probably the best way to clinch an unforgettable tour where they caught up with the early history of Cuba.

The odd exposé of what the Obamas did and had for dinner at the San Cristóbal paladar, just do not wary too much. Probably nobody would ever ask what you and I ate for a meal. So if you decide to follow Obama’s footsteps in Old Havana, do not hesitate and complete the tour at this special restaurant. San Cristóbal paladar is ranked number one among 677 restaurants in the Cuban capital city by Trip Advisor Traveler’s Choice.

Now, if you are looking to do similar tours to what Obama did in 2016, check our travel marketplace of private tours in Cuba. 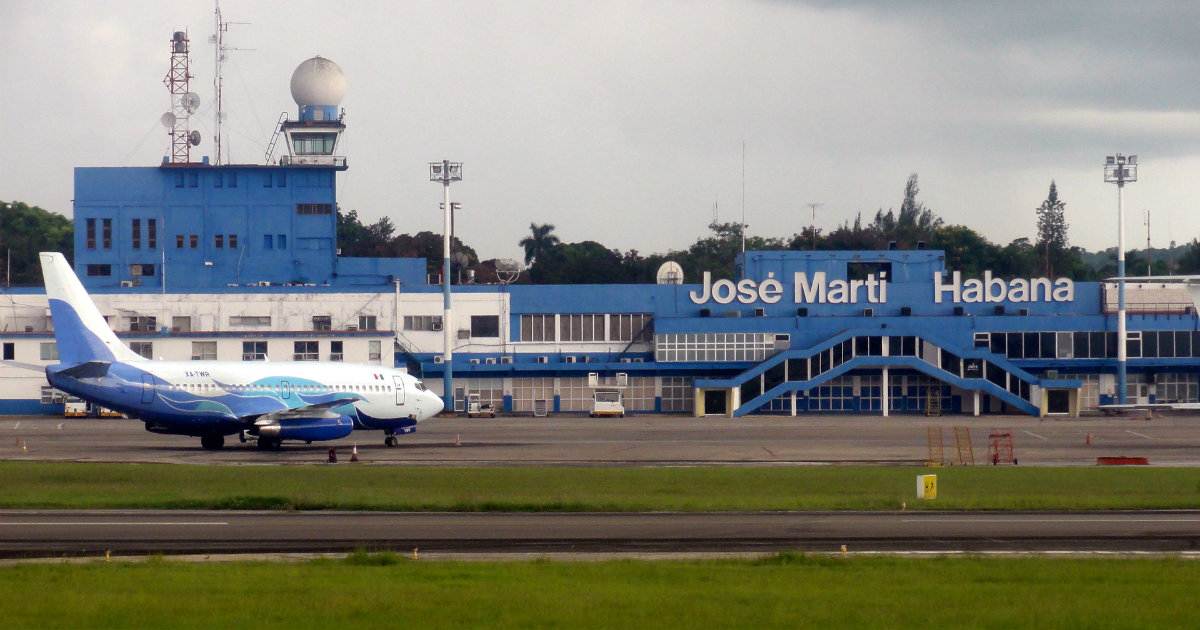 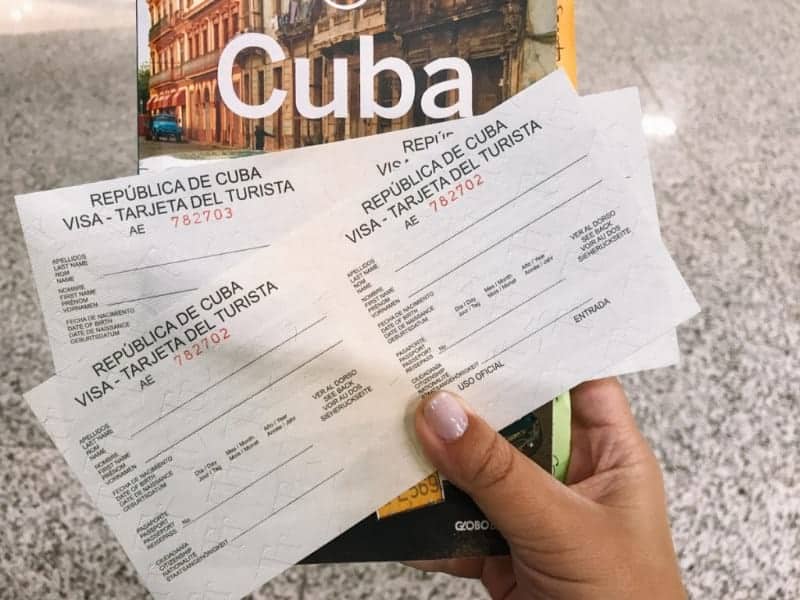 Cuba Tourist Card: How to Get a Tourist Visa for Cuba (2023)

Family Trips to Cuba: Best Resorts and Things to Do

What to Bring to Cuba: The Ultimate Cuba Packing List (2023 Update)

The Best Time to Visit Cuba in 2023. All Facts Considered